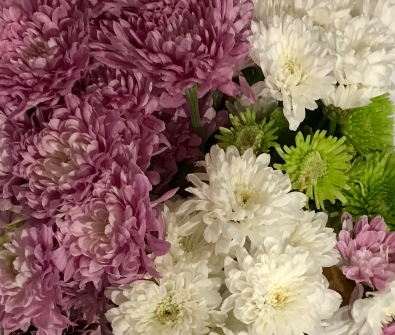 I want to be brave

the way it looks on other people

There are times in my life that I thought I was …

the reflection of those memories seem much closer to

than requiring bravery in its truest form

they just live it

The under-appreciated, marginalized, minorities in society

The overstressed, single parents who didn’t ask to do it alone

but to be brave.

This wasn’t the life to which you were intended …

I want you to know

that I recognize the weight of your armor

and when I see your tired faces

I wish I could

So that I could

But I’m just me

and I’m not brave

because life never trained me

Still, I want you to know

And the one thing I can offer – the truth?

In no cosmic design were you ever meant to be

than the children of divinity

Your purpose has a place

and the cartographer of the stars in the heavens Himself

has charted the course of destiny you were meant for

But we are fallen

I still want to be brave

the way it looks on other people

was never a choice

you were given to make 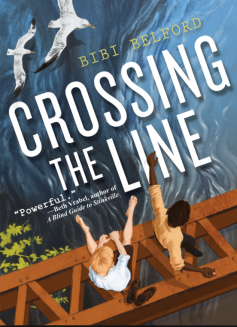 This week I was inspired by my friend, author Bibi Belford. This past year she published another children’s book called, Crossing the Line. It is a fantastic novel about race relations in Chicago post World War I, and the courage it takes to “cross the line” between what is right, and what is easy. And while I encourage you all to read it for its fabulous themes, rich historical context, and the ethical challenges it sparks – this was not why I was inspired by Bibi.

Next week she is traveling to my school to do a speech for my students, because this week … tonight in fact … she will be receiving the 2018 Christopher Award in literature. This amazing award is founded upon the ambition to, “Make a positive difference in the world by the use of their God given talent.”  The ceremony is in New York, only I just found out, Bibi will now, not be able to attend. This morning, due to inclement weather and a litany of flight cancellations and no potential standbys … she cannot get there in time. My heart literally broke for her. Here is the opportunity of a lifetime, and because of something as mundane as weather, she cannot be a part of her moment.

After receiving her email, I replied immediately, and this is what she said, “ … It’s alright. Never know what disaster we’ve been blessed to miss …” I was shocked. Awed. Impressed. Humbled. Honored to know her. Honored to call her my friend. So often, the smallest of inconveniences can seem to sway my day, and in an instant I’m whirling like a tropical storm. Here, in the midst of a true storm, in the face of utter chaos, Bibi chose to see what she had, instead of what she was missing. It is no wonder this amazing woman won an award dedicated to morality and strength of character. If you care about education, inspiration, positive social change, or a dose of positivism, I challenge you to follow her on Instagram @authorbibibelford or Twitter @BarbaraBelford or even Facebook as Bibi Belford. She is worth associating yourself with, I promise!

Bibi reminded me that in the trip of life, we need to pack our own sunshine. So this is my little digital suitcase … a list of instant “happiness” I can always count on to brighten my situation.

There are about a hundred more go-to’s, but these are my first string for a dose of sunshine. I pray that you are always able to pack your own light. Find the joy in every day, even if you need to use a flashlight between the cracks and fissures of chaos. I pray, that like Bibi, you’re able to hold on to your perspective, even when the world tries to warp it.

Tell me how you keep your mood alight. What is your number one strategy to insta-boost your mood.

All my love,
Elle 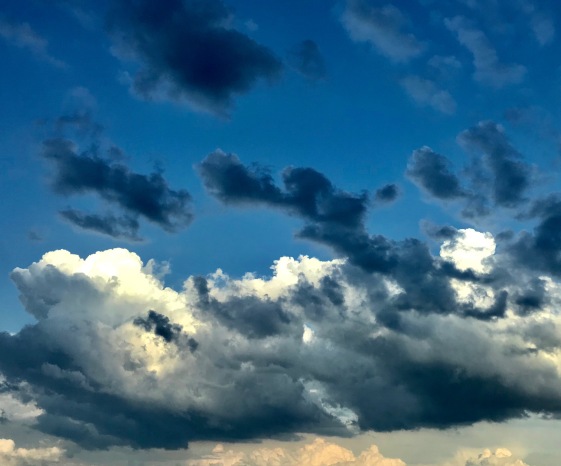 Two weeks ago the unthinkable happened … the young daughter of some friends of ours passed away after battling cancer for a year. I thought I was prepared for the funeral, after all, I’ve been to my fair share of them – I wasn’t. Though funerals were literally something I grew up with, I’ve only been to one other child’s funeral, and they were equally, agonizingly, heartbreaking – both for seven-year-old girls.

I don’t have words really, to describe how it feels to see their parents … it is surreally painful because instantly I’m forced to imagine myself in their place – and I am lost. So although I have no right to even pretend to know how it really feels, this poem is what came out of my emotions. All my love, all my prayers, casting hope to anyone who understands this pain. All my love to anyone who lost anyone whose lost life matters to them as much as their own. I so desperately wish this void was not a burden you must carry. We were not intended for separation. God knows … this is not the end.

I think that it’s “returning to normal” that I find the most offensive.

filled with, “How are you?” and other equally unpleasant

In those moments I feel every too-quick heartbeat

and it seems supernaturally unfair that involuntary responses

are not, in fact, involuntary –

because I literally need to remind myself to breathe …

Sometimes I can’t stand the sun’s arrogance – that it has the audacity to rise when I,

And it hurts in places I can only describe as

And I cry with a voice I don’t recognize as my own,

because “we” no longer are …

and I can’t remember how to find who I was

Returning to a “normal” place in this life is somewhere I can’t find.

And so it seems I’m chasing a new normal –

being in the state-of-being that I am,

I can’t bring myself to hate the world,

because she loved it …

and I can’t hate my life,

because she was a part of it –

and as I live on

It’s not in the way that I hoped for,

but she believed in hope,

and so must I. 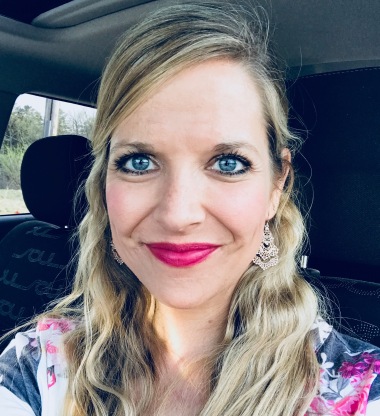 A. Die by choking on a turkey sandwich

B. Die of embarrassment

Neither? Me too! But sadly, yesterday I was close to both! For the sake of it being one of the craziest weeks of my life in terms of commitments, forgive me, but I’m going to keep this brief. I work about a half hour from where I live. Technically, it’s like twenty minutes, but since I live in one of the worst traffic areas outside of a major metropolis, it’s ALWAYS at least a half hour.

Well, yesterday was one of those, I’ve gotta get home to let the dog out, make something completely random on the fly for dinner, get my kids dressed, and back out the door in twenty minutes for their Spring concert days! Instead of getting dressed like I should have been, however, I was going cross-eyed looking at my phone while helping a high schooler do his homework even though – no, he is not my student, and – no, I didn’t know how to help without looking it up myself. But I’m a yes girl, and yes girls help out!!!

So I’m ten minutes past when I want to leave, and I’m “gently urging” everyone to get in the car (did I mention my husband was on a business trip at the time?) and I’m still slipping on my heels. I whip together a turkey sandwich, because it’s honestly the only thing I could eat with one hand, and we’re off. Except we’re not actually, because the moment I pull out of my driveway, turkey sandwich literally hanging in my mouth, an Amazon delivery guy pulls in and stares at me like, “Where do I put your box now?” and I stare back like, “Hey right here is fine.” Only apparently me opening my window to hand it to me wasn’t clear enough with my mouth full of turkey sandwich (hands on the wheel, NOT on the sandwich, which is still hanging out of my mouth) because he asks, “So should I put it on the front porch?”

STILL trying not to hit his delivery car while simultaneously trying NOT to choke on my wedged-mouth meal, I give him a cheesy thumbs up, and he looks at me like I’m crazy, which maybe I am, but who is he to judge? Did he just help someone with random homework he didn’t understand? Did he make two different meals for two different kids with two different dinner demands? Did he just throw off work clothes to put his tired feet into pumps to feel empowered by an extra two inches? I think not! Now for the frosting. If I didn’t feel dumb enough, right at that exact moment, the cute little teenage neighbor kids and their cute teenage friends turn into our cul-de-sac and see the whole awesome exchange. They politely try to stifle their laughter while waving at me, the semi-pathetic-but-obviously-trying thirty-something crazy neighbor.

So yeah. We made it with two minutes to spare to the concert. All in all? I’d consider the night a win, wouldn’t you? Please tell me you can relate to me, even on a fractional level … I’d love to know I’m not the only thoroughly embarrassed, turkey-choking, Amazon fiend out there.

Live well friends! And be safe! Who knows what people driving next to you are up to!